I’ve been pondering this for days again….
The question of what on earth – and in heaven- could be motivating God to have this sham continue here, seemingly without end?
This is what I heard from my Inner God:
All helps to expand my being and thus my creations. Including all my children on Earth and in all other realms. This is the point, and the purpose.

SK: [I wanted to have more on this juicy topic, though. So I thought I’d press on…]

God, why & what is it you want to learn or understand? Or are you playing their game equally with the darkies by allowing them such an ongoing reign?

IG: As I have said earlier, this experiment is for my understanding and the expansion of my own consciousness.
[SK: We chatted yesterday also on this topic, where He expressed similar sentiments]

SK: In which ways exactly?

GW: By allowing them to have their way and to see how far and in which ways their depravity will take them in their attempts at destroying the Earth and humanity.

SK: But why do you want these aspects of yourself to continue on when they only know and thrive on the destruction, pain, suffering and fear of others and murder/blood libel?

GW: These ones must have the opportunity to do as they WILL. Until I press the button, that is, and say ‘enough is enough’.

SK: So can it be said you are party to destroying your own creation through them?

GW: In one respect this can be said to be true. In another, I am allowing these aspects/thought forms the chance to express what THEY WILL.

SK: Do you do this in other unevolved worlds and is it always at the cost of the majority who become their prey and are sacrificed or choose to sacrifice themselves?

GW: It is in the choosing of each soul where to be in which time and space. Many came forth upon your Earth for the very purpose of this exercise currently.

SK: Lies, manipulation and deception run our consciousness here and therefore our world. We have been given the ways and means to see through this if we choose-though most haven’t.
But from my/our perspective the playing fields have been skewed in favour of the darkies forever, so what chance was/is there for humanity to ever rise up against them?
And more importantly, what’s to be gained for you in setting up unequal playing fields?

GW: The last part first : The fields only became unequal, to use your analogy, when man first gave over of his power to other men, instead of maintaining the holy union within himself. It was then that all became subject to the Laws of Cause and Effect/Karma, thus kickstarting man’s and a cycle of decline.

In every epoch, the Laws of God are sullied and man, in order to know of his rightful place in and with God once more needs to know first of the depths to which he has sunk that he might have a means of comparison. This is what comes now upon your plane.

SK: I interrupt the flow as I had to move on to other work at this point.
To be continued, perhaps…

Posted by Goldsalchemy at Thursday, January 21, 2016

'When you fall in love with yourself, it's game over for them' 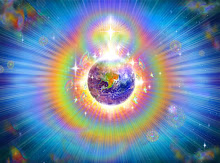