If there was such a thing as the potted history of our last cycle of 26 000 years on this beautiful planet & helpful ways to move forward at this time, this piece below may be helpful. Especially for those in your life and around you who may be awakening at this time.

This trusting in God enough to get on with the job we came here to do is of prime importance right now.  It is especially  a challenge when not knowing your true Self &  knowing of ourselves seems to be taking forever. Yet  much has changed energetically - eased up in our favour too.

Coming home to our true Selves means knowing fully what we aren't in order to clearly live that which we are.

God tells us we are here on Earth in HIM,'running  around in Him' while going about our material lives. I love that as it takes us further into the idea, feeling & knowing  we ARE Him...being us, having our lives within His as these aspects,these identities that forgot they belong to His life. Not the other way around : that He lives in us!

Happy reading & continued growth to all. And thank you God for helping us along on this unforgettable journey we are all making-home to the heart of You. 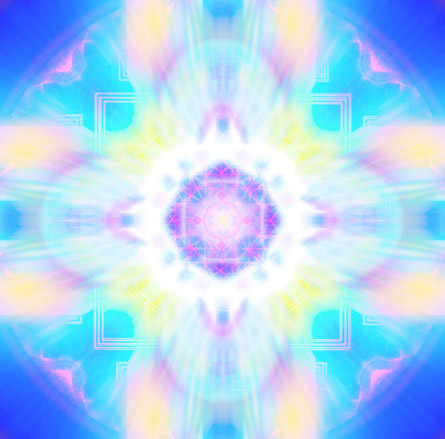 Posted by Goldsalchemy at Sunday, May 03, 2020 0 comments Links to this post

'You find peace not by re-arranging the circumstances of your life, but by realising Who You Are at the deepest level".
Eckart Tolle

Angelics Of The One Rainbow Light