BLAZING THE SUN by EM


The time has come to be and do, my beloved family of earth, that which we each came here for. All conditions – cosmically, biologically and planetarily – are quite in our favour now.

What’s more, much of the heavy dark forms of control are being disbanded as we speak. Mechanisms are falling and failing, tempers are rising and all is in a state of some serious disarray for the dark ones.

It is this now that we take full advantage of to show our mettle and to make that stand we have ever been longing to do. The moment is ripe for it and human consciousness ready and open, for the most part, even as the grip of the dark appears to tighten its hold.

Now is the time to bring out the shields and swords. Not those used to fight an-other in physical, emotional or mental battle, but that shield and sword that is the pure Love you are within. It is these that you will do ‘battle’ with.

Even though there is no ‘battle’ per se; only the declaration of Love and the Unity that we are as we stand as One in God. This is the most powerful response we can offer up to those dark ones who would rather see up growing ever weaker under their stranglehold. The time is now. Let us be about it; the business of God, that is.

We are here to serve Him after all, are we not? 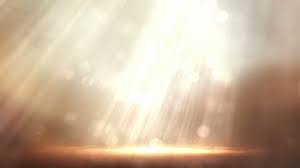 to bless all from near and far

We stand as One united force

Ever at the ready to use our Source

it’s but a question of how

That adds to our/His power

Within every beating heart

It all begins with a start

Of recognition of the One within.

We trumpet His life

With those in the know and those not

It is for us to demonstrate

This has ever been our lot.

Let us take to it then

Instead of lambs to the slaughter

We show our brothers

That each and everyone

May know their day

It is this that we came for

To shed some Light

On the Truth of things

Along with her people

Be restored to full sight

The brighter Light of day

And know in Truth

It has ever been His Way

If you have or can make a couple of hours to watch this, please do. I found it to be quite accurate in many ways apropos humanity's consciousness journey historically on earth. Take into account, the writer, Ryuho Okawa, who comes from a Buddhist background and believes himself to be the reincarnated El Cantare/Buddha, references from this viewpoint.
I only watched him for a few minutes in lecture, but didn't sense Okawa to be walking in the greatness of God, as CEO of his Happy Science organisation.
At worst, he could even be cloned from the original soul. Which is not to say older works like this have no validity. I really enjoyed it myself :-)

Posted by Goldsalchemy at Wednesday, February 07, 2018