Michael Family her-history&Reasons For The War

Well, it's been another week or so of upgrades, more Wave, more parasitic attacks to our bodies and minds in response and waaay more computer interference, amongst others...
We don't know the half of it...or the quarter of it. At least, the vast majority of us.
We know only what we know in any given moment. Meaning: in as much or little as our awareness allows.

I had no awareness, for instance, of a being called Christ Michael Aton until 2008 or 2009. He's the Creator of this Universe; our God on this planet. He is the real 'God' here and beyond Him the spiritual hierarchy continues upwards, all the way up to the Source of All.

I remember feeling quite shocked at first having telepathic contact with Him...sometime before 08 /09, as He was a huge presence to me. I remember Him standing bigger than and in front of our city's Table Mountain in the first intro. The mountain seemed dwarf-like in comparison with Him.

I didn't know then that this presence was the being called CM Aton then. But his energy signature of joy [or is that our signature?] was ever present. His very presence would  always automatically take me into a 'high', giggly, jokey space chatting to Him. And sometimes his appearances would be downright hysterically funny also. Because he'd often appear as a tap dancer, complet with top hat and I think gloves too, and would then proceed to do these private crazy funny tap dances for me. No matter my mood, it always ended with me being in joy!
Perhaps that joy is the essence of our relationship.

Most on this planet have a potential 'relationship' with Him[I guess apart from synthetic/robot humans. Not sure about clones.] lying dormant. We're his children and perhaps it's your time to begin your own relationship with Him. Start with calling Him by name to you.

We are here on the Michael Mission then. It’s His game, His experience and as a Lighted one above CMA in rank once said to me, we [us, humanity] are ‘along for the ride’.

Stand strong, in grace and on standby
For the start of a whole new chapter
Our glorious Creator Son, CMA
Delivers to us, through us
For the benefit of All

Blessings to all hearts!
SK 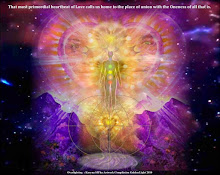 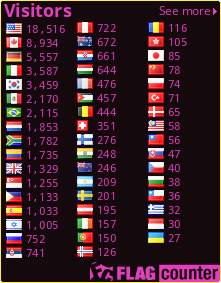