Keeping An Eye On The Sky

Yes, the sun's angles are all weird-setting in different places as we move through our spring into summer.

And yes, time appears to have sped up exponentially too, especially in recent weeks/the past couple of months.

Both these points are made mention of in the message below.  See whether it resonates with you.

Along with the usual & not so usual assortment of Ascension symptoms. But of course this hasn't ever really stopped for me.  Not for the past 20 odd years or so...you could  say it's my entrenched lifestyle 😊

I feel stoned quite a bit of the time....While totally sober. When downloads happen, shifts are underway & integration is at work within,  I just can't sleep...sometimes for nights on end... I'm so wired.

A positive effect is I'm way more out of my head  than usual & into my feeling self during these phases ....a natural result of mental exhaustion & a treat for me who usually struggles  to be in feeling self under regular circumstances.

Stay as stable as possible, knowing we are rising unto our Selves

All blessings to every heart

Posted by Goldsalchemy at Sunday, October 11, 2020 0 comments Links to this post 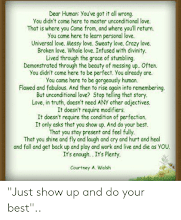 On Embracing All Our Love Experience